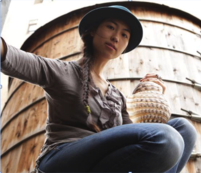 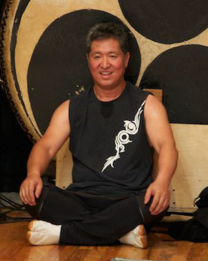 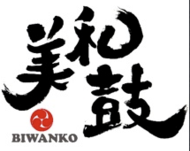 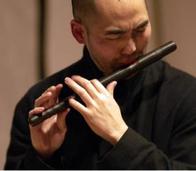 Kaoru Watanabe is a Brooklyn based composer and musician, specializing on the Japanese taiko drum and shinobue flutes.  He was a performer and artistic director for the iconic Japanese taiko ensemble Kodo from 1997 to 2006.  In late 2006, Kaoru left Kodo and returned to NY to teach and continue performing fue, western flute and taiko in a variety of musical and artistic settings.  He has collaborated with a wide range of international artists, ​such as National Living Treasure Bando Tamasaburo and YoYoMa's Silk Road Ensemble.

Hiro Kurashima is a Master of Suwa style taiko drumming and a disciple of Grand Master Daihachi Oguchi, a founder of Suwa Taiko.  He had founded Taiko Masala, a Brooklyn based Taiko drumming company in 2000.  He has sought to bring the influences of various types of music into the art of Japanese music while, at the same time, preserving the tradition, which echoes through all his performances.  Taiko Masala has thrilled audiences throughout the US with their energetic performances.
Master Kurashima was also a member of Lincoln Center Teaching Artist 2004 and 2005.
Biwanko is taking a lesson from Master Kurashima one time a month currently.

​As known as her Buddhist name Laiyo, Yoko Nakahashi is a contemporary music composer and taiko drummer. She has been writing music for theater and martial arts company Spinnin’Ronin, and creating sound effects for various theater groups.  She has been a member of the Brooklyn-based drumming group Taiko Masala over 10 years, has been internationally performing in various location such as United Nation, Brooklyn Botanic Garden, Central Park, Alvin Ailey Dance Theater, Suwa Grand Shrine in Nagano(one of the oldest Shinto shrines in existence), Japan. Yoko is also a finalist of the Okaya World Taiko Competition 2016 in solo odaiko division.